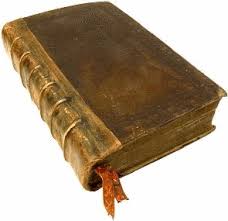 Origin of Vastu Shastra – The Vastu scriptures date from a time about 5,000 years ago and carry the earliest known descriptions of these universal laws of nature. Scarcely any other architectural tradition lasted 5,000 years while staying unaltered and still being applied today. The excavations at Harappa and Mohen-jodaro have indicated the influence of Vastu Shastra on Indus Valley Civilization. Vastu  Shastra, the ancient cosmic science and the art of designing and constructing buildings finds its origin in Stapatya Veda, which in turns is a part of Atharvana Veda, one of the four Vedas.  According to authors like  Ferguson, Havell and Cunningham, this science developed during the period of 6000 BC and 3000 BC.

According to the ancient literature-Matya Purana, there had been eighteen originators of Vastu Shastra.These originators have given a broad guidelines about the constructions of house, temples, forts, towns and place for keeping animals. This celebrated authors referred to as Vastu Shastropadeshakas or instructors in the Science of the Vastu Shastra.
1. Brahma
2. Narada
3. Brihaspati
4. Bhrigu
5. Vashistha
6. Vishwakarma
7. Maya
8. Atri
9. Garg
10. Kumar
11. Nandish
12. Nagnajita
13. Vishalaksha
14. Purandara
15. Shaunakh
16. Vasudev
17. Anirudh
18. Sukra

Professor Max Mullar who repeatedly drew attention to the uniqueness of the Veda says “ if somebody asks me that which is the country where person has answer available for the most complicated problems in various field of life and science with his mental abilities and growth, I will say that it is the country known as “India”