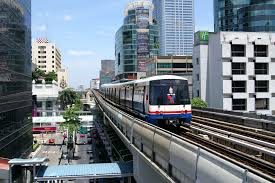 Metro is gaining popularity. For cities,  traffic congestion is the biggest issue. Metro is a simple way to get many buses or private vehicles out of congestion. People can easily and conveniently travel by metro instead of sitting in rush-hour traffic. Keeping in view of growing popularity and demand for metro rail, many new projects all over the world are under construction. Metro rails are an environment-friendly, cheaper and convenient way for modern society. Usually, Such huge projects are awarded to developers on the basis of competitive bidding. Metro train projects can be completed with minimum obstacles if an element of Vastu added in the site layout. Project surrounding and site offices can be planned with Vastu guidance.

Even large rail projects by the Indian railway should be considered for Vaastu before designing the first draft.

Contact team Vastuplus to know a detailed analysis of the strengths and weaknesses of any premises.

Every consultation as per Vastu for the metro project includes:-

After implementations, we have seen increases in productivity and performance of people. There will be better progress in the project.